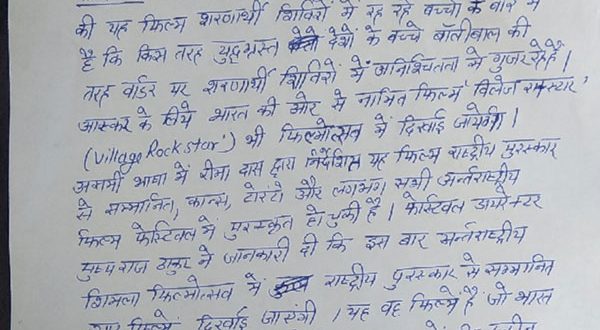 The three days 5th International Film Festival of Shimla will begin on 4th October, 2019 at the historic Gaiety Theater in Shimla. The film festival event will screen 76 films received from India and abroad. ‘R U A Volley ball’,  a film by Iranian Director, Mohamed Bakshi will be the inaugural film of this popular festival. This film  is based on the plight and uncertainty of future of children living  in asylum camps on  the border areas of battery struck countries. Their life have been depicted like a moving volleyball in this film.

The Oscar  nominated film from India’ Village Rockstar’ will also be screened in this film festival. This National award winning  Assamese film by noted director Reema Das has acclaimed many awards in several International film festivals including Cannes and Toronto. 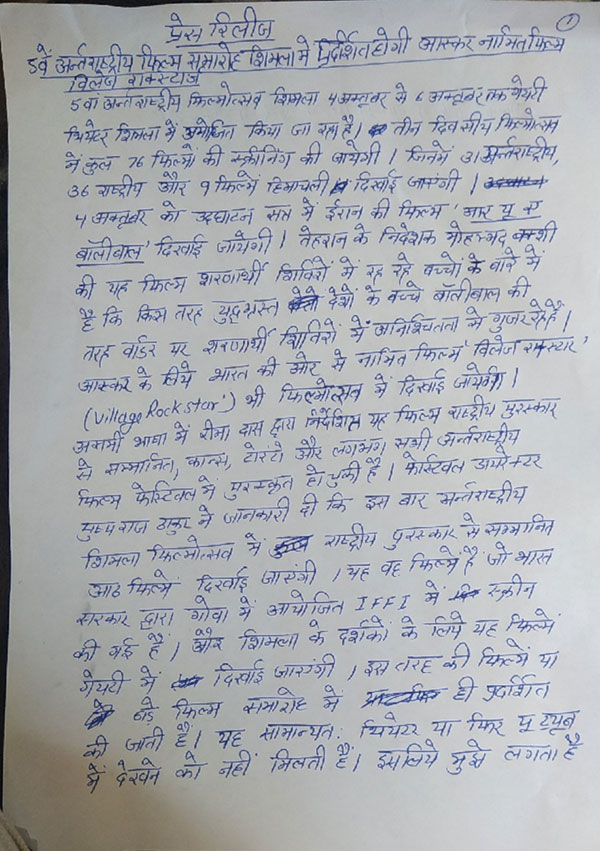 The festival director Pushp Raj Thakur elaborated that this season eight national award winning films  will be screened at International Film Festival of Shimla.  These films have been screened by the Govt.  of India at International Film Festival of India at Goa . These National Award winning films will be available to cinema lovers in Shimla from 4th October to 6th October, 2019 at Gaiety Theater. Such films are usually not available on YouTube or theater. ‘Mahanati’  a Tamil film by several awards winning director Nagashwin, Praveen Marveley’s Ladakhi film ‘Walking with the Wind’, noted director Chaz Ian’s film ‘To Let’ will also be screened in the festival. Priya Krishnswamy’s Telugu feature film ‘Warem’ will also be part of the festival.

Pushp Raj Thakur told that this time Epic Channel is associated with our film festival as distributor. This film festival is bringing good opportunities to the documentary film makers of India specially film makers from Himachal. The students from Centre of Excellence Sanjauli college, Saint Bede’s college, RKMV Shimla and Institute of Legal Studies  Avalodge are participating as volunteers in this film festival.