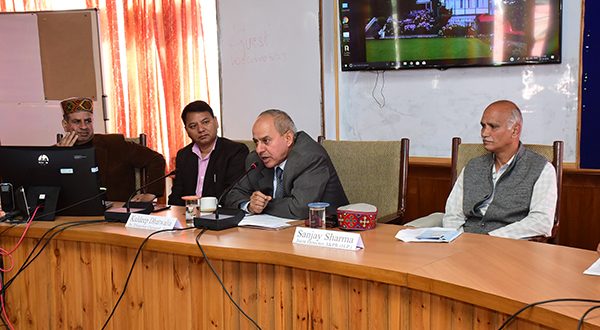 Principal Director General of Press Information Bureau Kuldeep Singh Dhatwalia while speaking on the on role and importance of content gathering, research and feedback in Public Relations, said that Public Relations play an important role between Government, Media and Public for the better implementation of various welfare schemes and initiatives of government. Public Relations was instrumental in publicising government’s vision and approach towards people. He detailed about the utilization of all media mediums in this modern technological world. He emphasised the need to educate and train Public Relation officers to prepare them to handle any situation efficiently. He also focused on the importance of public feedback in improving the functioning of government schemes and programmes.

While speaking on official communication in the second session of the day, Kuldeep Singh Dhatwalia said that Public Relations department plays the role of facilitator and communicator for the government in dissemination of vital information and news to public through media. He said that the approach of the Public Relations officers should be people-centric, informative and educative. On Crisis communication, he said that crisis situations should be handled with precision and wisdom. No facts should be concealed from media as to create healthy relationships with media professionals and the media should be provided accurate information.

An interactive session was also held on the occasion in which officers participated.