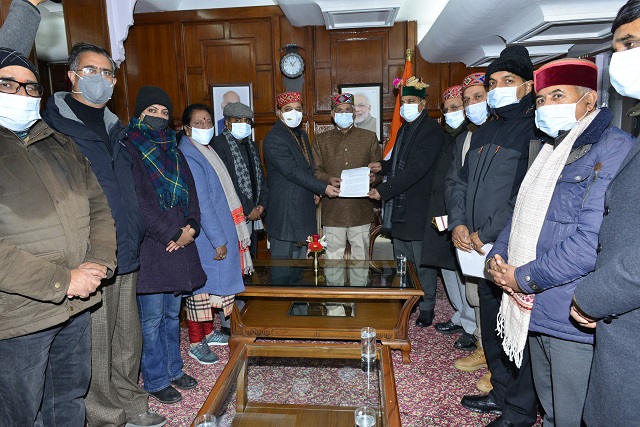 A spokesman of the State Government said here today that due to increase in number of Covid-19 cases in the State, all the scheduled programmes of the Chief Minister have been cancelled till 15th of this month.

He said that programme of Chief Minister slated for Sulah constituency on 10th January, for Badsar, Hamirpur and Nadaun constituencies on 11th and 12th January also stands cancelled.

The spokesman said that all these programmes would be rescheduled at the earliest.

The delegation submitted a memorandum to President Ram Nath Kovind through the Governor regarding the lapse in security arrangements made by the Punjab Government during the visit of Prime Minister Narendra Modi to Punjab. They urged that strict action should be taken against the culprits after conducting a high level inquiry into the incident.