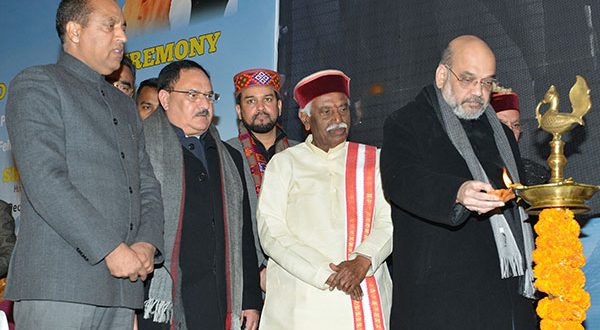 Union Home Minister appreciated the efforts of the State Government for organising this Meet and thereafter succeeding in ensuring ground breaking of projects worth over Rs 13,000 crore.

Amit Shah also visited the exhibition put by Satluj Jal Vidhyut Nigam Limited (SJVNL) and others on the occasion. 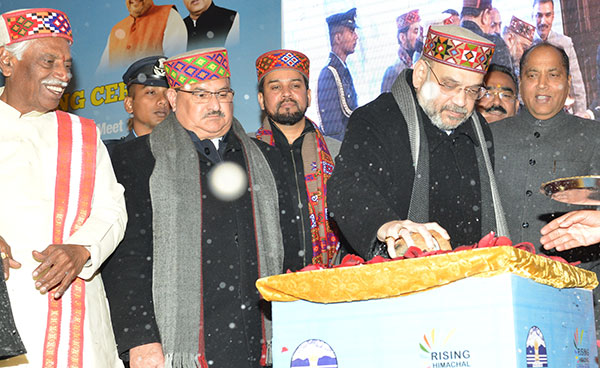 Chief Minister Jai Ram Thakur said that State Government was able to achieve this feat, as the Government has been continuously working on improving upon the ease of doing business, doing away with unnecessary NoCs, simplifying rules and procedures, building an online single window system for approval and clearances. He said that this ground breaking ceremony was a befitting reply to those who were criticizing the move of the State Government for organizing Global Investors Meet at Dharamshala.

Chief Minister said that MoUs worth Rs. 96,000 crore were signed with various prospective entrepreneurs by State Government. He said that he was personally monitoring the progress of all projects on ‘Him Pragati’ portal, wherein the Government officers and investors were on one platform to resolve issues on the day itself. The State Government had also brought in sector specific policies to make Himachal Pradesh an attractive destination for investors to give further impetus to investment eco-system, he added.

The groundbreaking ceremony of 240 projects of worth Rs. 13,656 crore was performed. Out of these, there were 112 projects from industries sector with investment worth Rs. 3157 crore. In Tourism sector there were 81 projects with an investment of Rs. 3322 crore. In the energy sector, Satluj Jal Vidhyut Nigam Limited (SJVNL) performed ground breaking for two projects with an investment of Rs. 2395 crore. Groundbreaking ceremony for projects in IT, Ayurveda, Housing and Health sectors were also performed on the occasion. 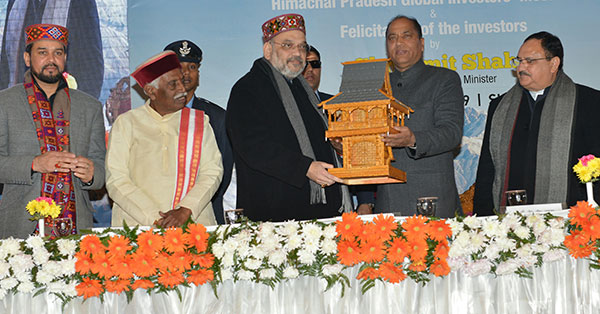 Industries Minister Bikram Singh welcomed the Union Home Minister and other dignitaries present on the occasion. He said that the groundbreaking ceremony was a result of Global Investors’ Meet organized by State Government at Dharamshala on 7th and 8th November this year.