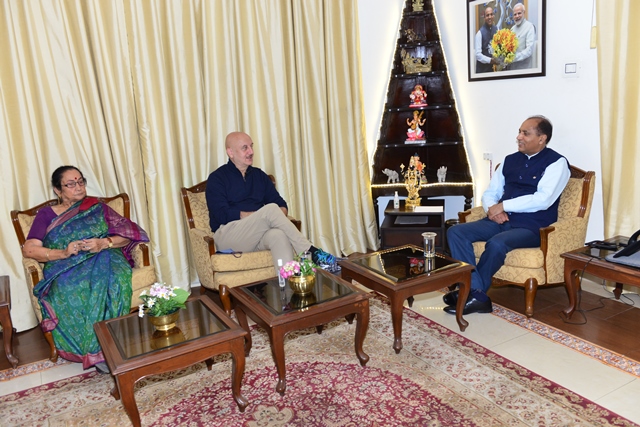 Nature has blessed Himachal Pradesh with natural grandeur and picturesque locations suited for shooting of films. This was stated by Chief Minister Jai Ram Thakur while interacting with the noted film star Anupam Kher who called on him here today.

Chief Minister said that the State has made a significant contribution in development of Indian Cinema as breath taking locales have attracted renowned film makers to picturize their films in the State. He said that the State was full of popular scenic, cultural, heritage and spiritual sites which were yet to be explored.

Actor Anupam Kher appreciated the efforts of the State Government in making the Film Policy. He said that since he himself hails from the State, he would try his best to promote Himachal Pradesh as the best destination for film shootings. He also shared his childhood experiences and his old memories of Shimla with the Chief Minister.