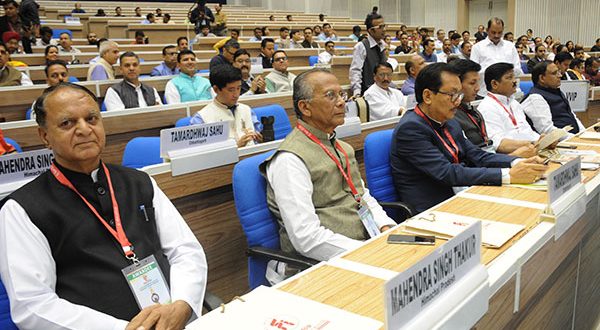 Irrigation and Public Health Minister Mahender Singh Thakur was conferred upon Fame India Sarvashresth Mantri Award for distinguished services in politics and as Minister by Fame India Magazine in an impressive Awards Ceremony held at New Delhi today. The Award was presented by Union Minister for Skill Development and Entrepreneurship Dr. Mahendra Nath Pandey who was the Chief Guest on the occasion. 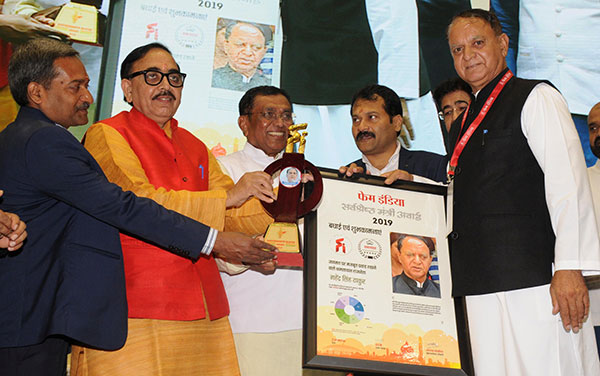 Dr. Pandey congratulated Irrigation and Public Health Minister for the award and hoped that he would continue to serve the state sincerely in future also. He also lauded the efforts of the organizers for holding the awards ceremony every year and added that recognition always motivates to perform better.

Mahender Singh Thakur thanked the organizers for the honour. He said that he was committed to serve the people of the state.

Director and CEO Fame India U.S. Sonthalia welcomed the Chief Guest and informed that the survey was conducted in all states on various indicators and best performers were chosen for the awards.

Founder of The Front, Rana Yashwant and Chancellor of Asian University, Sandeep Marwaha also detailed out the objectives of the awards ceremony.