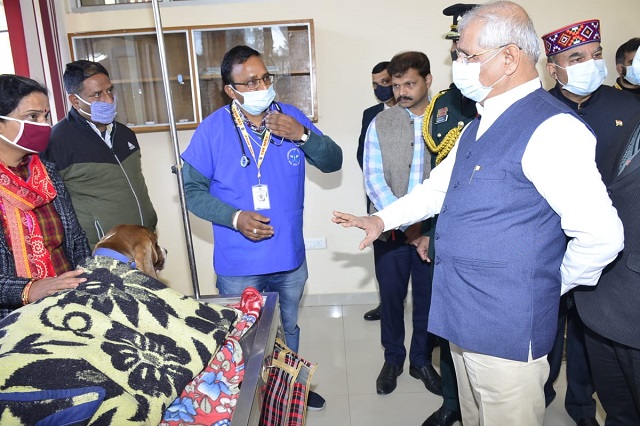 Governor Rajendra Vishwanath Arlekar has stressed on working towards development and conservation of local seeds along with traditional farming.

He was interacting with the head of the departments and students at the Chaudhary Sarwan Kumar Himachal Pradesh Agricultural University, Palampur today.

On the occasion, the Governor said that earlier curriculum was prepared keeping in mind the needs of the industries and accordingly the education system was progressing. He stressed on laying emphasis on the requirement of today’s society and to take education forward in this direction, though since past few years steps have been taken in this direction. Accordingly, we also need to change research and curriculum, he added.

Shri Arlekar said that traditional agriculture should be promoted in a right perspective.  He directed the university to adopt some schools to promote medicinal plants.  He said that the university should make the students aware about the quality of medicinal plants.  On this occasion, the Governor expressed concern over the increasing drug addiction among the youth.  He said that we all have to fight together in the campaign against drugs.

The Governor said that the traditional seeds should be protected and Biodiversity Register should be made at the Panchayat level.