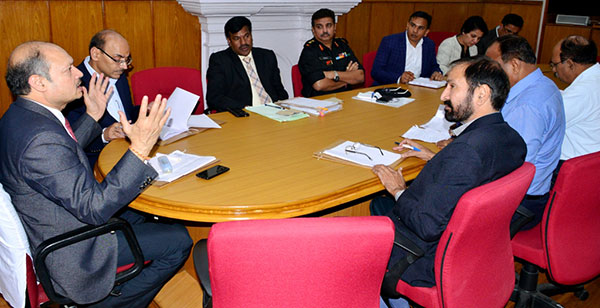 The month long special campaign against the drug menace would be launched in the state from 15 November to 15 December, 2019 with the help of Health, Education, Youth Services and Sports, Home, Police departments and Himachal Pradesh State Red Cross Society whereas the department of Social Justice and Empowerment will be the nodal department for this campaign.

This was revealed by Chief Secretary Dr. Shrikant Baldi while presiding over a meeting of senior officers of these departments here today. He said that as per the directions of the Chief Minister, the state government had been making all out efforts to check drug menace by organising various programmes and activities through different departments. He stressed that every citizen will have to come forward in supplementing the efforts of the government so that the youth could be saved from the clutches of the drug abuse and they could contribute in building a healthy and vibrant society and the nation.

He directed the departments to finalize activities to be undertaken under this special campaign so that it could be held in an effective manner.