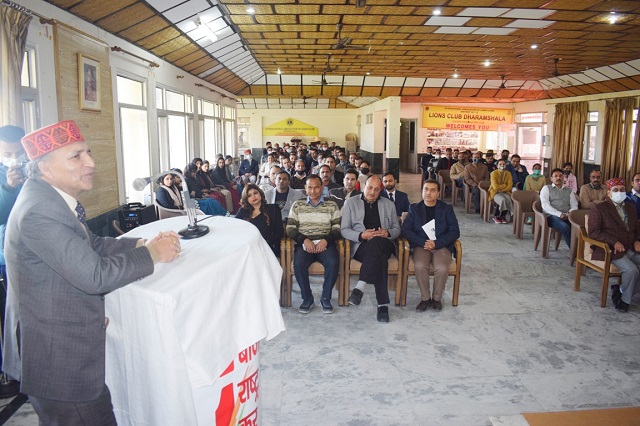 The Department of Excise and Taxation renamed as Department of State Taxes and Excise in the year 2020 celebrated its 51st raising day today.  Governor Rajendra Vishwanath Arlekar and Chief Minister Jai Ram Thakur have congratulated the department on this day.

The department has been witness to a number of eventful changes in the taxation systems over these years. The commodity taxation changed from General Sales Tax in 1970 with only a few items under the tax ambit to Goods and Service Tax in 2017 with most of the goods and services under the tax ambit. General Sales Tax was levied either on the first point of sale or the last point of Sale. The new avatar of Commodity tax in the form of VAT in 2005 widened the coverage of tax to all stages of sales in the value chain. VAT was however confined to boundaries of the State. The implementation of GST widened the coverage of taxation across all stages in the value chain, removed the limitation of geographical boundaries and distinction of goods and services. GST has also made all communication between the taxpayers and department online. The department is now administering around 1.2 lakh taxpayers, 1900 liquor shops and 23 liquor manufacturies. The number of registered businesses has more than doubled in the first four years of GST implementation.

Every office of the State Taxes and Excise department celebrated the raising day pledging to work honestly and diligently. Some offices organized awareness camps for tax payers on the occasions and others felicitated complaint taxpayers and innovative and hard working officials.