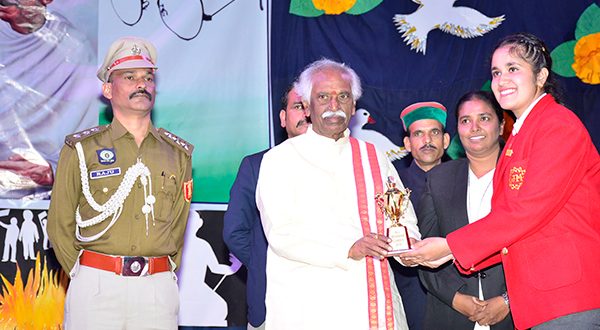 Teachers should dedicate themselves for character building of students: Governor

The artificial social barriers that restricted girls to pursue higher studies have broken down as a result of which, today the girls have dominated the male monopoly in every sphere and it is heartening to know that every year girls outsmart boys in board examinations also.

He said that this school had a rich legacy and had given excellent citizens who were shining in every sphere of life and working on important positions in the country and abroad. He congratulated the meritorious students who secured top ranks in studies, sports and co-curricular activities and also congratulated the teachers for getting the best out of their students.

Shri Dattatraya said that the students must give their hundred percent in every field as they would take India to new heights with their sincerity, dedication and devotion. He added that annual function was a joyous occasion not only for the students but also for the teachers and parents because it was a matter of great pride to see their students and children excel.

He said Education opens new vistas in an individual’s life with added awareness about self, society and the world around. Investment in the education sector, especially in the areas of school education had increased manifold in the last few years. Institutions like Convent of Jesus and Mary have been the torch beacon for women’s equality and emancipation. 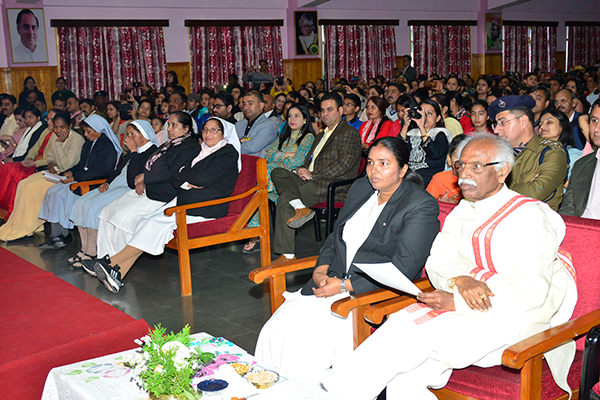 The Governor said that experts point out that one would have to repeatedly re-invent oneself in the coming decades and new jobs would appear which were non-existent today and the jobs which were in demand today may just disappear, so we must make our students future-ready. The artificial intelligence, bio-engineering, information technology and globalization were shaping the world of the future and we must harness our population dividend.

He said that education was not for information but for knowledge and wisdom and education was not only to get a job but to become a better human being. He stressed to focus on character building at the school level and for which we needed dedicated teachers.

The Governor honoured the meritorious students on the occasion.

A colourful cultural programme based on the vision of Mahatma Gandhi was performed by the students depicting the cultural integrity of our nation celebrating 150th Anniversary of the Father of Nation.

Head Girl of the school Tasheena Singh proposed a vote of thanks.