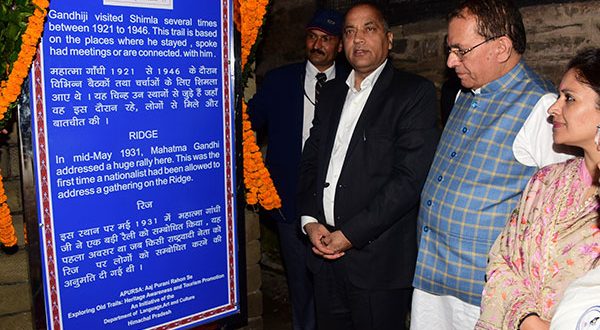 Teachings of Mahatma Gandhi are still a relevant: CM

The teachings of Mahatma Gandhi have stood the test of time and are significant among every Indian even today. This was stated by Chief Minister Jai Ram Thakur while presiding over a function in historic Gaiety Theatre organized by the State Language, Art and Culture Department to mark the celebrations of 150th birth anniversary of Mahatma Gandhi yesterday evening.

The Chief Minister said that Mahatma Gandhi stressed on non-violence, cleanliness, equality and empowerment of the poor. All these have become the bedrock of the policies and programmes of the Union NDA Government led by Prime Minister Narendra Modi.

Jai Ram Thakur said that Gandhi Ji taught people the correct way to fight injustice and he asked his followers to only oppose an unfair act and never a person. He said that Bapu taught to work hard with truth and perseverance to achieve our goals as a nation and individual self. He believed in a nation based on equality, free of any disparities based on religion or caste. A principle that Gandhi instilled and emphasized to his followers was the fact that only love could drive out hate and stop the chain of animosity, he added. 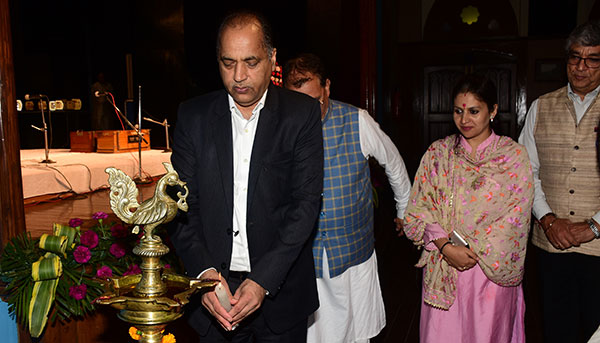 The Chief Minister said that Mahatma Gandhi visited Shimla several times as Shimla was the Summer Capital of British India. He said that there were several places in Shimla which were connected to the visit of Gandhi Ji and the State Government would provide signage in all these places so that these could be made tourists attractions. It was due to the motivation of Mahatma Gandhi that people of Himachal Pradesh also made immense contribution in the freedom struggle, he added.

Jai Ram Thakur appreciated the efforts of the State Language, Art and Culture Department in make the 150th Birthday celebrations of Gandhi Ji a mega event.

He also distributed prizes to the winner of different events held by the department on the occasion.

Earlier, the Chief Minister inaugurated the Signage under ‘Aaj Purani Rahaon Se’ (APURSA) regarding Shimla visits of the Father of the Nation Mahatma Gandhi near the Statue of Gandhi Ji at The Ridge. 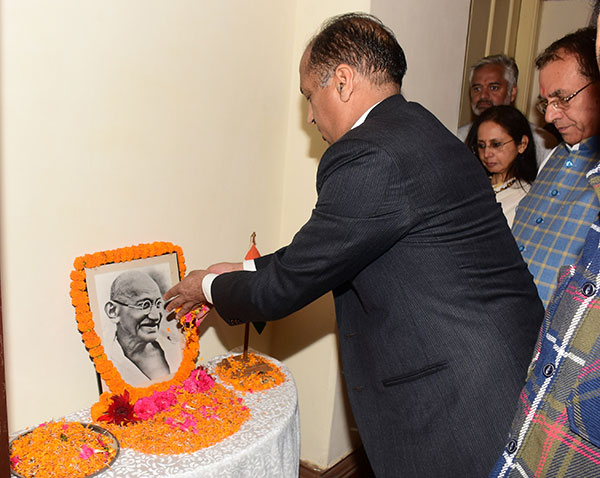 The Chief Minister also inaugurated the painting exhibition on the life of Gandhi Ji put up by the young artists and exhibition of the life and Shimla visits of Mahatma Gandhi by the State Language, Art and Culture Department.

Former Bureaucrat and noted writer K.R. Bharti read out a paper tracing the history of Gandhi visits to the State.

Director Language, Art and Culture Kumud Singh while welcoming the Chief Minister and other dignitaries said that the APURSA related to Mahatma Gandhi was aimed at tracing the history regarding the visits of Gandhi Ji to the State.