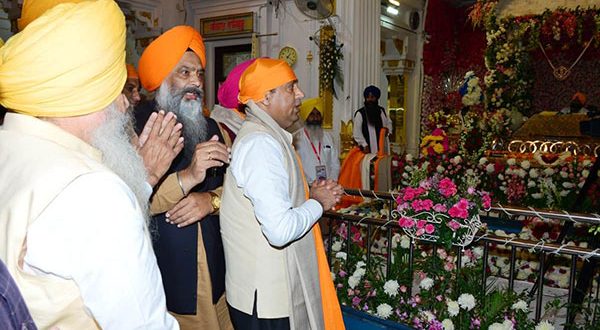 550th years of Guru Nanak Dev’s birth, is a time to rededicate ourselves towards  the revered Sri Guru Nanak Dev ji’s  teachings, who  spoke of one God, universal brotherhood, love, humility, simplicity, equality and tolerance.

The Chief Minister said that Sri Guru Nanak Dev Ji, the first Guru of Sikhism,  did not restrict himself to one religion; he chose to embrace the good teachings of all faiths, that have universal applicability and validity for all times to come. He said that Sri Guru Nanak Dev Ji did not believe in division between people on the basis of caste, colour, religion and race. He said that his teachings were more relevant today.

Jai Ram Thakur said that Sri Guru Nanak Dev Ji demonstrated that neither caste, class, affluence, poverty nor religion were the criteria to follow Sikhism. According to only prerequisite was to have faith in one God, purification of soul and dedication to God, he added. 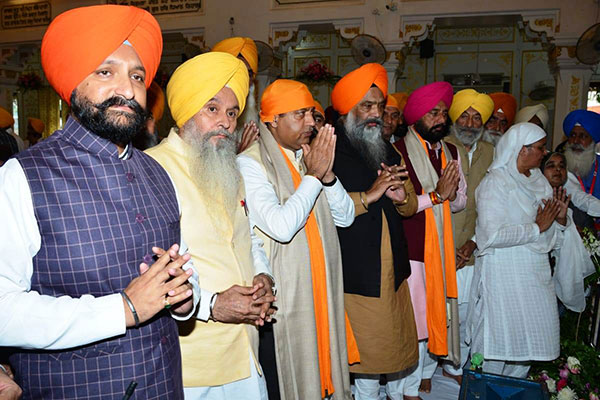 While hailing the Centre Government’s decision to develop the Kartarpur Sahib corridor from Punjab’s Gurdaspur district to the international border, the Chief Minister said that this would facilitate Indian pilgrims visiting Gurdwara Darbar Sahib at Kartarpur in Pakistan. He said that all this was possible due to the strong leadership of Prime Minister Narendra Modi. He urged the people of the country to participate in the year-long celebrations with full enthusiasm and gaiety, regardless of caste, colour, creed and religion.

The Chief Minister said that the Gurudwara Ber Sahib at Sultanpur Lodhi was very sacred for the Sikhs as Sri Guru Nanak Dev Ji spent several years of his life there.

Earlier, the Chief Minister paid obeisance at the historic Gurdwara Ber Sahib. He was honoured with a Siropa on the occasion by the Gurudwara Prabandhak Committee.

Former Deputy Chief Minister of Punjab Sardar Sukhbir Singh Badal and MLA Paramjit Singh Pammi were also present on the occasion among others.