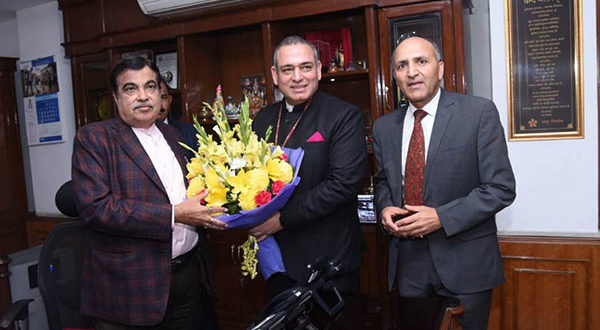 Principal Secretary PWD apprised the Minister about the status of Shimla bypass, Solan -Parwanoo and various other NH projects in the state and requested the Ministry and NHAI to take steps to speed up the pace of these NH projects.

The Union Minister gave directions to the officers of the Ministry to take necessary action for making the Shimla bypass four lane highway.

During the meeting, Minister was informed that the contractor has completed 85 percent work of Parwanoo-Solan NH. While directing the NHAI to complete the remaining work, he advised the State Government to expedite land transfer of pending three patches of this NH which had largely held up the completion of this project and set a timeline of 31st January for completion of land handover to NHAI.

On the issue of maintenance of NH in which the work had not commenced by the contractor, the Hon’ble Minister gave directions to Ministry and NHAI to develop a mechanism to provide funds to the State Government so that the State PWD could maintain the NH till the time the contractor commences his work.

Sanjay Kundu said that ropeways could prove a robust and viable mode of transport in the hill state and requested the Central Government to provide support for ropeway projects in the state.

The Minister said that this proposal is under favourable consideration of the Central Government.

Previous: CM offers good wishes to the citizens on Lohri & makarsankranti
Next: Governor takes religious bath in Tattapani on the eve of Sakranti