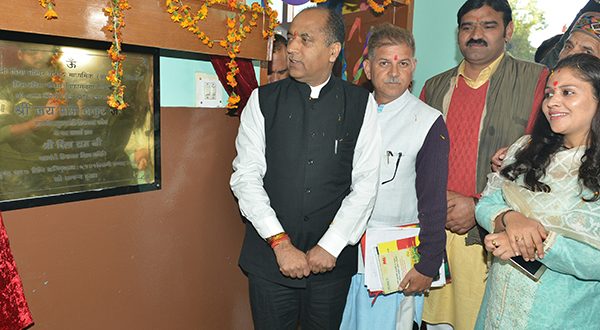 Youth need to be educated to respect their culture and traditions: CM

In the midst of overall anxiety of the modernization drive, education especially science education must be given  a strategic priority for overall development of the youth. This was stated by the Chief Minister Jai Ram Thakur while presiding over the state level Gyan-Vigya Mela of Saraswati Vidya Mandir, Vikasnagar organised by the Himachal Shikha Simiti here today.

Chief Minister said that that education was  the foundation for scientific and technological advancements and personnel training of human beings. He  said that true morality lies in the awareness of the spiritual reality and calls for a disciplined life, a clean and useful life dedicated to disinterested service. The founding Fathers of the Indian Republic have given great importance to the cultivation of “Scientific Temper” among the citizens of this country by suitably incorporating it in our constitution, he added. 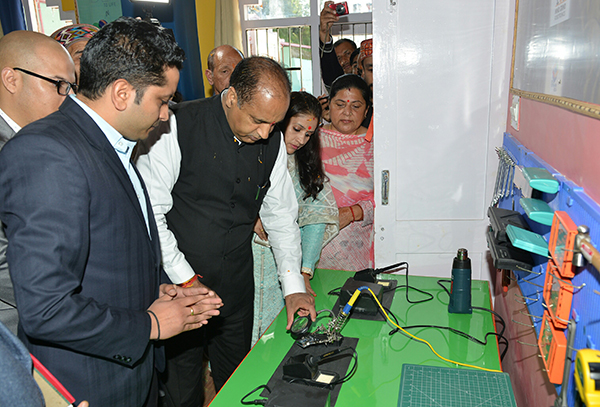 Jai Ram Thakur said that it was unfortunate that we have forgotten the actual meaning of education. He said that education merely does not mean learning a few books and reproducing the same during examinations. The real education was to upgrade skills of students by inculcating in them respect for our culture and traditions so that after completing education, they become job providers and not job seekers. He said that education without moral education was useless and teachers had a major role to play here and they should inculcate in their students high values and also set an example by their own conduct.

He said that Saraswati Vidya Mandir was rendering a yeoman’s service in imparting quality education to the students of the State. He said that India had lot of talent and the need was just to tap the same and give proper direction to the youth. He said that at times obstacles in the life provide an opportunity to ponder and start the life with new zeal, commitment and energy.

He congratulated the students of the Sarasvati Vidya Mandir for excelling in different fields and urged them to work hard to come upto the expectations of their teachers and parents. 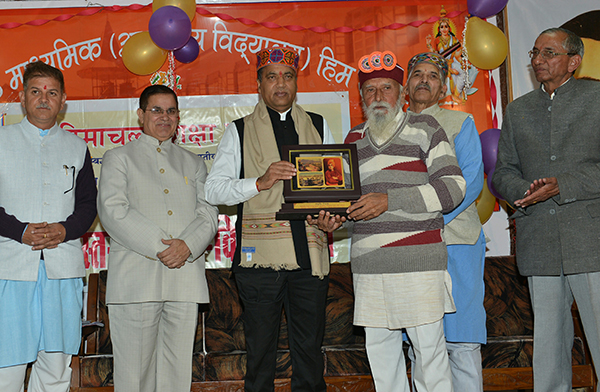 Earlier, the Chief Minister inaugurated Atal Tinkering Labs in the school and went around the exhibitions put by the students displaying various models. He envisaged keen interest in the models displayed by the students. Models of Chandaryan, smart parking, alcohol detector, communication tower circulatory system etc drew maximum attention. Aatish, a student of tenth standard mesmerised all by flying a drone made by him.

Maha Mantri Vidhya Bharti North Zone Desraj Sharma said that education that failed to conserve our culture and traditions was meaningless  and immaterial. He said that education must also provide the students best possible opportunity to explore the world around us and give the students freedom to dream. He said that a best blend of religion and science was ideal for welfare of the society.

A colourful cultural programme was presented by the students on the occasion.